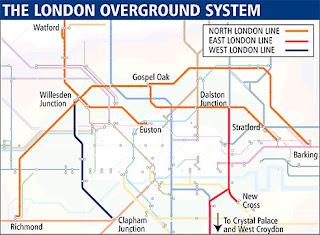 I've just caught the news reports about Hong Kong's ultra efficient and modern MTR being brought in to run a large part of the London public transport system.

In partnership with the British company Laing, MTR will take control of a new cross-city network that has been named the London Overground System. The network will stretch from Watford in the north to Crystal Palace in the South, and from Richmond in the west to Barking in the east. In other words, it's pretty major. This is the first time that Hong Kong's MTR has undertaken a project outside of China

Bbcs who have experienced the MTR will tell you how well-run it is compared to the London Tube (e.g. modern, clean trains and stations, almost non-existent delays, highly professional staff, Oyster-style touch cards being introduced years in advance, wi-fi on trains) and getting MTR involved in this project sounds like a great idea and good news for London.

However the Tube workers union the RMT opposes the deal. Now, if you live in London and have experienced the regular delays, poor service, unpleasant staff attitude and frequent strikes, you'll understand how the idea of a new company coming in which is both efficient and known for providing excellent customer service must terrify an organization like the RMT.

I say, MTR come on in! London needs you.

Posted by burntbreadboy at 9:18 pm