So much for the new, improved Oriental City? 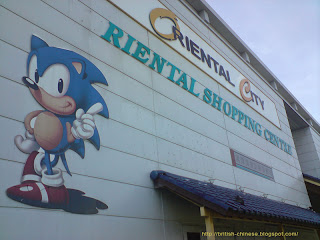 As reported on the bbc blog, the mall - which housed an Asian supermarket, popular Chinese restaurants and a brilliant Asian food court - was bought out by a developer who obtained planning permission from Brent council to turn the site into a shopping and residential complex. The ambitious plans even included building a school on site. As reported here, the planning permission was conditional on some part of the new development being devoted to Asian businesses.

In fact, that developer (Development Securities) decided to sell the site to another company which was subsequently unable to stump up all the cash to seal the deal. The mall is reportedly now in the hands of administrators and the planning permission that was granted will expire in June.

So no new development, no new school and no new Oriental City. Or is there?

Wikipedia reports that there are talks amongst former tenants to take back the site and re-open it for business. Good news if they spend some money to renovate the abandoned site. Not so good if they simply switch the lights back on and carry on as before - the site did need some sprucing up, in my opinion.

But furthermore, there are signs that a new development in nearby Wembley wants to stake a claim on being the 'new' Oriental City. Pacific Plaza was set-up by a former Oriental City tenant and once fully opened may offer the same type of services as the old mall.

It's only partially open but could Pacific Plaza take over where Oriental City left off? 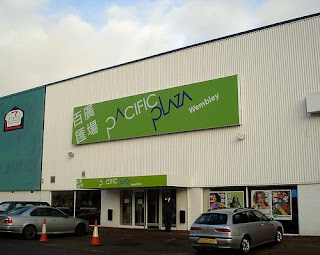 Personally, I think it's a bit unlikely that "in the current climate" anyone will spend more money than they need to.

I'm Jo from Pacific Plaza. We thought you would be excited to hear about the big event we are holding this saturday (27th Feb) to celebrate Chinese New Year!

The place will be buzzing with Asian festivity just as Oriental City once was. Become a fan of our facebook page to find out more and receive 10% off in our amazing food court.

Oh brilliant! How's that for an act of vandalism? Thank you very much Ken Livingstone.

The trouble with the Wembley site is that it's more difficult to get to than Oriental City which was straight up the Edgware Road. But good luck to them.

Thanks for the report. btw.