Is Gordon Ramsey a hypocrite to criticize the use of shark fin? 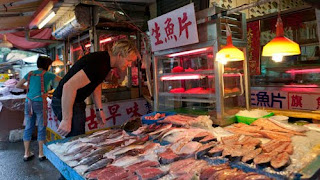 Renowned chef Gordon Ramsay recently made a TV documentary exposing the practices behind the procuring of shark fins for sale in Asia where, as we all know, it is eaten as a delicacy.

The footage shown in the documentary was harrowing (sharks having fins cut off whilst alive and being thrown back into the sea) and it showed that there does appear to be a murky, ungoverned black market in shark fins that has no regard for animal welfare.

I personally am happy not to eat shark fin again (it is genuinely tasteless and has no nutritional value and is believed to to have extremely high levels of mercury) and I'm sure some fellow bbcs feel the same.

What might be more difficult is persuading Chinese people not to include the dish (once the preserve of emperors and the elite classes only) in special celebrations such as wedding banquets, where shark's fin soup has become a traditional dish.

To use an analogy that is closer to home: Imagine if western wedding dresses could only be white due to the use of certain dye, and this dye was found to be harmful to some species of animals thus sparking a campaign calling for an end to the wearing of white wedding dresses. You can imagine how tricky it would be to change people's minds in such a scenario.

That said there is a steadily growing anti-shark fin movement in Asia and I think in time its use will indeed phase out.

"I Pledge Not to Eat Shark Fin Soup" - Campaign Video - English from Shark Savers on Vimeo.

However there is another side to this story, which is that Gordon Ramsay, like many top, western chefs, continues to use foie gras in his restaurants.

Foie gras is the engorged liver of geese or ducks that are force fed by man and in my opinion it's even crueler food than shark fin.

The poor shark suffers when its fins are cut off but the animal at least dies soon after and you could argue that animals in the wild suffer injuries and death as part of their natural life.

In contrast, foie gras is produced using a mechanized process called gavage which involves trapping the animals in tight cages inside huge barns for weeks and literally pumping feed into them using pipes. That's a 'nice' description - to see gavage in action, go to Youtube but I have to warn readers that some of the footage is disturbing.

Foie gras geese are said to be the only animals in farming that recoil from their food such is the fear and discomfort they experience.

Killing a shark inhumanely is one thing but the gavage process is more like torture to me, sustained over several weeks until the animal is butchered (if it doesn't drop dead).

For me, this makes Ramsay a hypocrite because you cannot condemn the use of shark fins in cooking on ethical grounds if you persist in using foie gras.

Of course, you can also go to the other extreme and pay no regard to animal welfare whatsoever. As demonstrated by the chef who created what might be the cruelest dish known to man: Dim sum that contains both foie gras AND shark fin

"Chinese people" did not kill the sharks in cruel manner. They just eat (and pay) mindlessly. The sin: unthinking consumer.