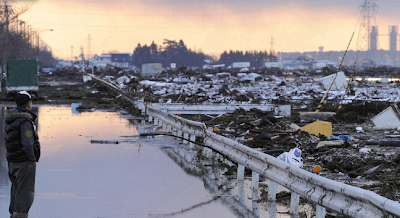 A colossal natural disaster has struck Japan and as the world looks on and rallies around to help the stricken nation, the relationship between neighbours Japan and China is put in the spotlight.

When there has been strong animosity between two nations for many years, what happens when one of them is subject to a devastating natural event that causes loss of life on a huge, almost unimaginable scale?

When an earthquake struck Sichuan province in 2008 claiming the lives of around 90,000 people, China made the unprecedented move of accepting foreign help. Especially symbolic was the granting of permission for a Japanese team to join the rescue effort. They were first Japanese troops to set foot in China since World War Two.

The Japanese team did not locate any survivors (they were not allowed in until late into the operation) but they were thanked by Premier Wen and for many in China it was a small but meaningful gesture that (combined with an estimated 9 million USD in aid) hinted at the possibility of improved relations in the future.

Now the situation has been reversed. Some estimates have put the loss of life caused by the Sendai earthquake and tsunami at near Sichuan levels.

The Chinese Premier has expressed condolences and dispatched a 15-man rescue team. Aid of around 4.5 million USD has also been pledged.

Considering the scale of the disaster, it's not a lot. Yet even this contribution is more than what many Chinese would have offered Japan.

Such is the deep-rooted hatred felt towards the Japanese people amongst some Chinese, that some were openly celebrating the Sendai earthquake - cheering as though the event were some kind of moral or national victory.

Blog sinostand trawled the web as the tragedy in Japan unfolded and found some choice quotes (after initially finding many messages from people imploring their fellow Chinese not to celebrate the disaster):

"Japan’s earthquake is worth celebrating. We should gloat. In the face of natural disasters, people are a country. Japanese people do not deserve sympathy. Give up the Diaoyu Islands, change the textbooks, then nothing will be wrong."

The last comment illustrates the source of these sentiments: war time atrocities and territorial disputes.

The writer of that article believes about there is a constant 20% of Chinese that hold these hard-line, anti-Japanese sentiments and that they run through all sections of Chinese society regardless of age or level of education.

The Japan Times published an article on Feb 27th 2011, just days before the disaster, in which a writer in Chengdu describes the deep-rooted mistrust of Japan amongst university-age Chinese. Its central quote is:

"What you must understand is we Chinese all hate Japanese."

heard by the author at a debate amongst students at Sichuan University.

Now that the full scale of the Japan disaster is unfolding, perhaps these views are not being expressed as openly but the lingering animosity is unlikely to go away.

A rescue team here, a few million dollars there. When disasters of such magnitude only result in such relatively small gestures, is there really any hope that these two countries will one day reconcile and put past differences aside?

Perhaps they are just the first, tentative steps in improving relations between the two countries? If only we didn't need huge tragedies and thousands of deaths to instigate them. 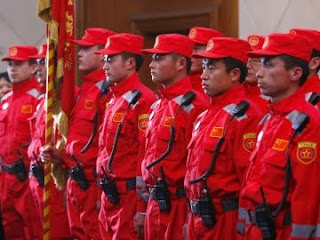 Posted by burntbreadboy at 3:37 pm