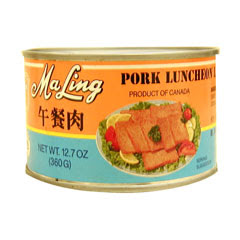 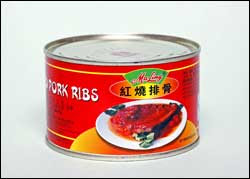 You may have already heard about this but there is currently a major food scare concerning Ma Ling (pronounced 'mui lum' in Cantonese) canned meat products.

Ma Ling exports have been suspended by the Chinese authorities and Ma Ling canned meats have been taken off the shelves in Hong Kong.

The action comes after higher than permitted amounts of 'antibiotic nitrofurans' - which are thought to be carcinogenic - were found in some cans of food. It is the latest in a series of safety issues concerning products from mainland China.

The reports say that the levels are still so low that you would have to eat massive amounts of contaminated food to be at risk but if you or your family has a few Ma Ling cans stashed away in a kitchen cupboard, you may still want to dispose of them as a precaution.

Posted by burntbreadboy at 10:15 am