If Uncle Ben's made an advert for Chinese people...

Those of you in the UK will know that for the last few years the American company Uncle Ben's has been running some really lame TV commercials for its ethnic food range.

The idea is always the same: A white, middle-class household sits down to dinner. Someone takes out some Uncle Ben's convenience food and starts heating it up.

The food is meant to smell so great that people in the country where the food hails from (in the case of sweet and sour sauce, China) drop what they're doing and rush over en masse to England and end up at the family's house where they enjoy the Uncle Ben's dinner.

Yes, Uncle Ben's are so amazing that apparently Chinese people would actually leave China and travel across the world to eat their reheated sweet and sour sauce!

If you don't know the ads, you can view them here:

Apart from the whole concept being ridiculous, the ads are made even more super-patronising by showing the ethnic characters as mute, grinning and dressed in stereotypical national dress (sombreros for the Mexicans, kung fu outfits for the Chinese etc.).

These stupid ads caught the attention of designer Lisa Lam, who has penned 'An Open Letter to Uncle Ben' on her blog.

They also got me thinking: I wondered what if Uncle Ben's made a 'Western' convenience food and used the same marketing strategy in China?

I imagine the commercial would go something like this.... 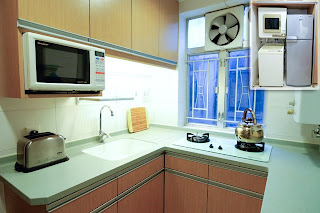 In a tiny, cramped Hong Kong apartment kitchen, a pretty Chinese housewife tries to decide what to make for dinner (because it's so hard to get a decent meal in Hong Kong). She opens her cupboard and picks a jar of new Uncle Ben's Roast Beef, Yorkshire Pudding and Gravy in a jar! Yummy! With a big smile she open the jar and pours out some brown sludge into a frying pan.

We then jump to London, England: 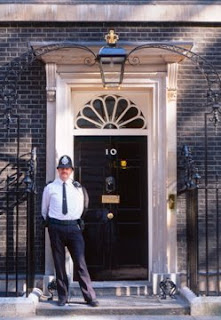 Inside Number 10 Downing Street, two men who look remarkably like Gordon Brown and Tony Blair suddenly stop what they're doing and sniff the air. Mmm, the unmistakable aroma of roast beef, their favourite food! Let's go! 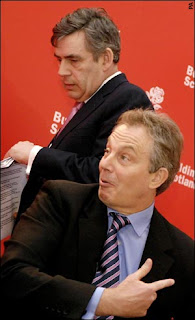 Meanwhile in a traditional thatched cottage, a farmer is shearing his sheep on the kitchen table. Suddenly he stops what he's doing and sniffs the air. Mmmm, Yorkshire puddings! I must have some of that!

Meanwhile at Wembley stadium, someone who looks remarkably like David Beckham suddenly stops practising free kicks and sniffs the air! Mmm, that gravy smells delicious! I must go to where it's coming from! 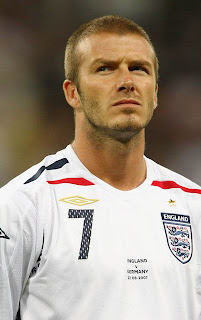 Gordon Brown, Tony Blair, the farmer and Becks all jump aboard a red London bus and head for Hong Kong. 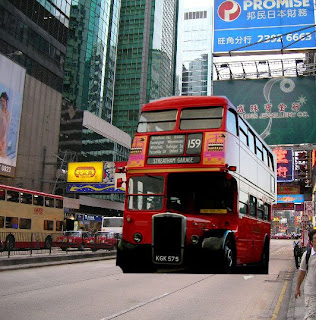 The bus arrives at Nathan Road, everyone gets out and runs up to the apartment.

The Hong Kong housewife opens the door, looks surprised and lets them all in (except for Gordon Brown who has to stand outside because the apartment is too small). Everyone sits down to dinner and they enjoy Uncle Ben's Roast Beef and Yorkshire Pudding together! Mmm. Uncle Ben's.

Posted by burntbreadboy at 12:12 pm

As long as Brown never comes back again, then bring it on!

You are being too polite.

A group of people, a mixture of small scally kids, in black hoodies, then some fat office ladies, some fat football hooligan types carrying beer bottles and some perma tanned, bleach blonde women run towards the apartment but they can't all fit into the lift, but people refuse to get the stairs so by the time half of them get up there the food is cold.

Now that would be more apt no? If we gave it the Uncle Ben treatment?!

BBB, you are hilarious!

I've only just found your blog, I'm really interested in it, as I'm an Irish Singaporean artist. My work is about mixed race, or interculturalism, and how it works on both sides.

I would love to email you some questions about growing up "Asian" ( I'm not being offensive, btw) in a very western, ie, British society...if you're interested please leave a comment on my blog, or email me sarahgostrangely {at} gmail {dot} com.

If not, no worries!

thought I was the only person who cringed everytime those ads appear on TV (not just the Chinese one). In fact, they make me feel quite sick!

Is the Uncle Ben marketing strategy built on maintaining offensive racial stereotypes. I nearly had a blood boil episode when I saw Uncle Ben's campaign for their new Wok Rice, here in the UK. The advert featured a father figure who when asked by his son what was for dinner, proceeded to do kung fu moves and then said 'Stir Fry' in a mock Chinese accent.

I have complained to the Advertising Standards Agency in the UK, as have a few other consumers. Unfortunately, because the South East Asian community aren't as empowered here as in the US, they concluded that it was not offensive to them [ie. the mainly white board of ASA who decides what is offensive and what is not].

Although born and bred here, every day I have to deal with random people on the street saying Konichiwa or Nee Hau in strangled cat call voices, or worse, kung fu voices. After so many years, I've decided to stand up and tell people how offensive this is... and they are ALWAYS shocked at my reply. I truly believe this is because of an assault by main stream media's racial stereotypes to market their products, films etc.

Seriously, what can we do if even the ASA think this ad is not offensive? Sorry I've copied this comment on a few blogs... I just want as many people to know as possible.

The stir fry advert is offensive in a "Love Thy Neighbour" or "Mind Your Language" sort of way. It is also total rubbish like the sauces themselves.

Uncle Ben's customers are basically ignorant, bone idle, slobs who would rather watch Harry Hill than chop up some fresh vegetables.