I must have seen the advert below a dozen times yet never realised the actress is a b.b.c.


The lady in question is 28 year-old Gemma Chan. She first came to public attention by reaching the final 3 in the UK version of modelling reality show Project Runway and now it seems her profile is on the rise.

As well as that Bing commercial, Chan has had roles in Dr Who, The IT Crowd, Sherlock and Secret Diary of a Call Girl. She has also had movie roles in such films as Exam and Shanghai (starring John Cusack and Gong Li).

She may be about to hit the showbiz pages again as she stars in a new independent British film called Submarine, directed by Richard Ayoade (best known as Moss from The IT crowd) which has premiered at the Sundance film festival and is getting some positive reviews.

We could be looking at another b.b.c rising star!

Related: Maye Choo joins the growing list of British Asians in the media 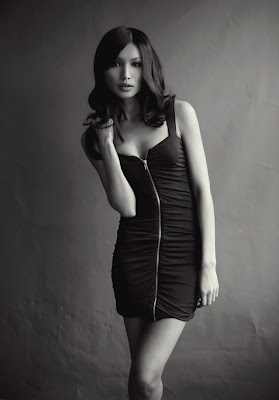 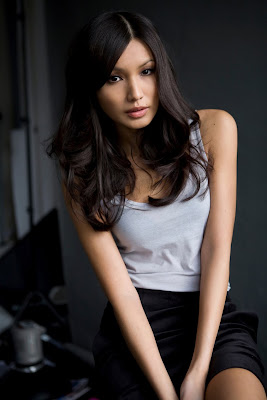 Posted by burntbreadboy at 3:30 pm

Good to seee someone promoting the British-Chinese so to ensure that equanimity is maintined then please check out
http://www.offwestend.com/index.php/pages/the_offies_charts

Two British-Chinese actors who have been treadng the boards for some considerable time were nominated for their performaces in Hungry Ghosts a new play by Tim Luscombe that pleyed at The Ornage Tree Theatre in Richmond late laste year. Show your support for Lucy Sheen (Ping Pong,Prine Suspect 2, Eastenders, Nighty Night series 2) and Benedict Wong (Moon, Sunshine, Dirty Pretty Things) and vote for them in the public popularity part of the Off West End Theatre Awards, Tghis is the second time the Lucy Sheen has been nomonated for a mainsream theatre award. Sheen was possibly one of the first British-Chinese actors to be nomunated for a TMA theatre award back in 1992 for her performance in Drink The Mercury.
So please spread the word and get people votng for both Lucy Sheen and Benedict Wong this must be the first time that two British-Chinese actors have been nominated at the same time for a theatre award
http://www.offwestend.com/index.php/pages/the_offies_charts