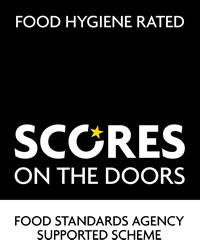 The level of hygiene at Chinese restaurants has long been a subject of urban myth and scare-mongering.

The national site can be found at www.food.gov.uk and, as thisislondon reports, several famous 'celebrity chef' restaurants have been given surprisingly low scores:

Among the well-known restaurants to be awarded only one star are Marco Pierre White's Mirabelle in Mayfair, Zilli Fish in Soho, Langan's Bistro in Devonshire Street, Bank in Kingsway, Orso in Covent Garden and Villandry in Great Portland Street.

Of particular interest to this blog are the ratings for London Chinatown restaurants.

You can find their scores by searching the London section of the site here. Simply enter 'Gerrard Street' or 'Lisle Street', or whichever street your chosen restaurant is on (the borough for Chinatown is City of Westminster).

It seems that the list of Chinatown restaurants, including some of my favourites, is dominated by low-to-average scores.

Restaurants that get a 3 star (the "just above average") rating include:

The official comment that accompanies a 3 star rating is: "Good level of legal compliance. Some more effort might be required."

Places that get no stars at all (the lowest possible rating), according to the Food Standards Agency, include a number of well-known names:

The comment that accompanies a no-star rating is: "A general failure to comply with legal requirements. Little or no appreciation of food safety. Major effort required"

Bear in mind that inspections can take place every few months so whilst this post is correct at the time of writing, the ratings could be very different six months or a year from now.

One good thing about the website is that it allows readers to see the restaurant's response to their score, although I don't think many establishments have made use of this feature yet.

One Chinatown establishment that scored 4 stars - in fact, the only one that I could find - is Elderly Luncheon Club, Second Floor 28 - 29 Gerrard Street. Unfortunately, I don't think this is open to the public because I think it's a community centre for senior citizens!

One thing that's fairly certain is that making the scores public like this should encourage all restaurants to make a greater effort to maintain hygiene standards - which is good for us customers!

Posted by burntbreadboy at 9:19 am

If you're going to open a restaurant you owe it to your clientele that you will comply with hygiene standards and won't poison us.

It depresses me to see the state of some of the lavs — a tiny sliver of soap with dirt embedded if you're lucky. None at all in some. A filthy towel that never gets cleaned. God knows what goes on in the kitchen.

A soap pump and paper towels in the loos are a must.

Some basic education in the catering trade would make me happy: about bacteria, how they are spread, how to wash your hands thoroughly, how to keep food prep areas clean, refrigerating food, keeping cooked and raw food separate, soaking cloths in dilute bleach, etc. How about just caring about your customers, fellow human beings ... and me, please.