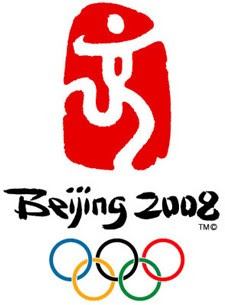 Much furore over the recently unveiled logo for the 2012 London Olympics, with the most common complaint being that "it's rubbish".

China has had its logo for ages now and that, too, was controversial, with some saying that its wood-cut style design is too old fashioned and not appropriate for the dynamic, forward-moving city that is Beijing (unlike the sweeping, ribbon design that was used during the bidding process).

Ah well, Sebastian Coe may have said that he doesn't want the logo to end up on t-shirts that people end up doing their gardening in, but I suspect that is the fate that awaits all Olympic clothing merchandise.
Posted by burntbreadboy at 3:12 pm