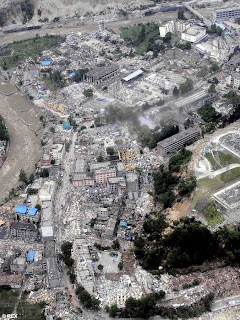 A recent study by Beijing's Tsinghua University has discovered that the vast majority of money donated by people for earthquake disaster relief actually went to the government, who then spent the money as though it were part of normal state income.

Unlike in the other countries where charitable donations usually go directly to charities or non-governmental organizations which then use the money to fund their activities, NGOs in China are not, it is reported, capable of carrying out activities such as delivering aid, building shelters and so on. As a result, the money raised is held by the government instead and they decide what to spend it on.

This means that the many relief appeals that happened after the Sichuan earthquake were, in effect, fundraising for the Chinese government itself.

I suppose if China eventually spends all of the donated money on disaster relief, then technically there isn't a problem but it does mix things up a bit. For example, how do you know if aid money isn't being spent on things the government should be paying for out of its own pocket? Realistically, there is no way of keeping track of donations once they go into the government coffers. Earlier this year there was a scandal over government officials using earthquake aid money to buy expensive luxury cars.

I prefer a system where you donate to a charity and the money kept and used by the charity but it looks like that is not possible in China.

In May of this year, the People's Daily reported that China received about 76.7 billion yuan in donations and that "Most of the donations have been or will be spent on the construction of new houses, schools, medical institutions, welfare and cultural facilities for local people." That article doesn't say how much the government is spending of its own money on the disaster.

This article from the Telegraph suggests that official government aid amounts to 1 to 2 billion yuan, a small amount in comparison, and even that is generated from a public lottery. 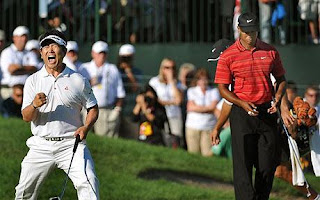