Big Spenders from the Mainland - two sides of a story 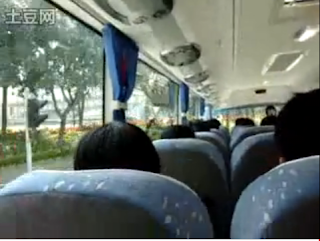 Just as the UK's Daily Telegraph publishes a wide-eyed article about the extravagant shopping habits of China's newly wealthy tourists, there comes a viral video from Hong Kong that shows a tour guide berating her party of Mainland guests for not spending 'enough' during their visit to the SAR.

The Telegraph article - which to be honest could have been written any time in the last 5 years - paints Chinese tourists as potential saviours of a struggling UK economy whilst at the same time pointing out some of the eccentricities of the new Chinese rich:

Nowhere is China’s confidence seen more clearly than in its demand for luxury goods. Last year the People’s Republic overtook the United States to become the second biggest market for the luxury sector; and by 2015 it will have overtaken Japan, with a market projected to be worth £11 billion annually.

...The eccentricity of Chinese buying habits takes other forms. Fine wine may be a status symbol in the high-end restaurants of Shanghai but many locals are not so enamoured of the actual taste.

“The Chinese used to water down the cheap wine they first encountered and now consider that the normal way to drink it,” says Mr Grant. “Which can be a bit of a shame when you’ve just opened a nice Margaux.”

The flip side of this story comes in the form of the viral video, in which a tour guide called Ah Zhen - thought by some commenters to be a Hong Kong based Mainlander herself - does a 'Bus Uncle' by launching into a long, insulting tirade against her clients who seems remarkably quiet whilst being chastised.

Some of the choice quotes being reported in the press are:

"It's you who owe me here, not me owing you. I provided you with food and accommodation but you people will not give."
"If you don't repay the debt in this life you will have to repay it in your next life."
"It's OK to be poor at home, but you can't act like this when you are outside. Don't tell me you don't need [the jewellery], I say you don't need to eat either. Tonight I will lock all hotel room doors, because you don't need accommodation."
"We don't do this for charity. Let me be responsible for charity. I donated 10,500 yuan [HK$12,027] for Sichuan earthquke victims."
"Why did you bother to come to Hong Kong?"

All this an not one person threw anything at her. What a polite group of tourists!

Who knows, if the UK economy were to decline even more maybe we'll start to see rants like this on the streets outside Prada and Gucci? Well, maybe not :)

Posted by burntbreadboy at 12:29 pm 2 comments:

Profile of a Walled City 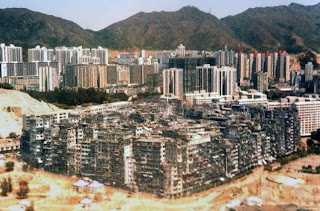 Imagine a city with 30 times the population density of Manhattan. Imagine it was a lawless den of vice in which drugs, prostitutes and illegal gambling were all available. Imagine it sat directly under the landing path of one of the world's busiest airports.

That's Kowloon's walled city, as profiled by a number of websites listed over at oobject.com

...with no streets and little daylight, it was a rat infested, cockroach ridden filthy labyrinth. KWC was a no-man’s land that fell neither under British Jurisdiction nor Chinese

It had 161 unregulated doctors and dentists along with food producers from whole pig roasters to the suppliers of most of Hong Kong’s fish balls. Most of the people that lived in KWC never left.

Posted by burntbreadboy at 1:31 pm No comments: