Why do we make V signs in photographs? 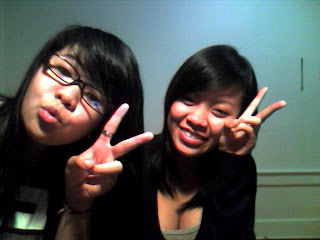 Ever wondered it is popular for Asian people to make a V sign with their fingers when posing for photographs?

It might not be as universal as it used to be, but it's a common sight in informal, 'fun' photos of Asian people. The sign denotes positivity, it's a gesture that says "I feel happy. Things are okay. Life is good."

Generally, the V sign is made close to the face for females, whilst more to the side and away from the face for males. Why is that? I have no idea. That's just the way it is. 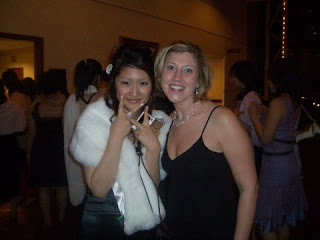 Not quite right?. Photo: Fobspot 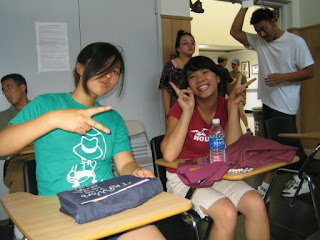 Photo: cashboy017
Theses days, the conventional happy V sign has evolved into a gangster-ised form, palm inwards, fingers held sideways like scissors. This V sign doesn't so much say "I feel happy" as "Don't mess with me. I am just too cool." 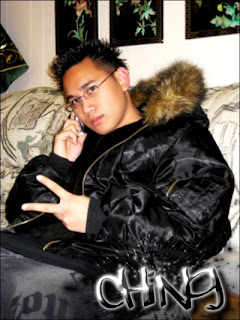 Photo: PhokingCho
The trend never really took off amongst bbc's which is perhaps why I started to think about why people is Asia do it, and how it all started.

A V sign made with the palm facing inwards is said to have originated in England and is an insult rather than a positive gesture. You've probably heard the story: The sign was used by English longbowmen at the Battle of Agincourt in 1415 to insult the French army who had threatened to cut off the bowmens' arrow-holding fingers. It's a legend that has never really been proven or disproven. 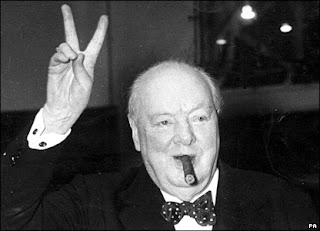 In the West, the V sign with the palm facing outwards has two major associations; Winston Churchill and the 1960s anti-war movement. Churchill wanted the sign to stand for 'Victory' but initially made it palm-inwards. Oops. Being a wealthy member of the upper class, he didn't know the negative meaning of the gesture and had to be told by his aides to reverse his hand when making the gesture thus giving us the iconic pose that is now known all around the world.

In the 1960s, the American anti-war movement used the sign to signify 'Vietnam' and would call for peace whilst making the gesture. Gradually the gesture itself came to mean 'peace' and was popularised by the flower power movement and luminaries such as John Lennon. This was the beginning of the association of the V sign with happiness and positivity. 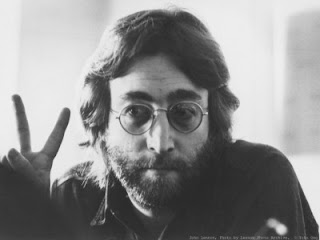 In Asia, the V sign first became popular in Japan in the 1970s and 80s and quickly spread to the rest of Asia. But what triggered its popularity? Japan's fondness for the Beatles and the flower power culture goes some way to explaining why they took to the V sign but there are two predominant theories as to why it became so popular.

Lynn competed at the 1972 Winter Olympics at Sapporo and was a huge hit with the Japanese viewers. Her skill as a skater, cute appearance, positive spirit and likeable attitude (she suffered an embarrassing fall during one of her crucial routines yet remained smiling throughout) made her immensely popular in a country in the grip of Olympic fever. 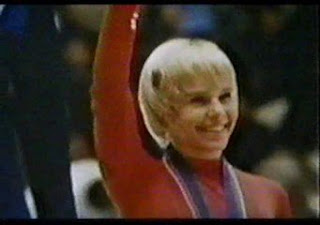 Off the rink, Lynn was a peace activist and often flashed the 'peace' V sign to photographers. It's thought that Lynn's popularity at this time sparked the Japanese love of the V sign.

The second theory, and the one that sounds most convincing to me, was put forward by Japanese entertainment show Downtown DX which discovered that a popular actor named Jun Inoue starred in a series of commercials for Konica cameras, also in 1972. These commercials all featured people making the V sign. He reportedly chose to do this, ironically, because he thought the sign was popular in the West.

In doing so, it is believed Jun Inoue started the trend of making the V sign when posing for photographs in Japan.

So there you have it, that's how the whole V sign thing started. Interestingly, try as I might, I've not been able to find a single picture online of either Janet Lynn's or Jun Inoue's V signs so for me there is still as slight mystery to it.

But at least now we know that whenever we make a V sign for a photo, it's all down to ice skater who fell on her butt. Or a 1970s camera commercial. Probably.

Posted by burntbreadboy at 11:12 am

fascinating. I had no idea the V sign had such a long and complex history.

It's not "we". It's silly Japanese people who do the V sign. And those affected by this strange Japanese cultural fad.

Oh my god, ,I have a Filipino friend there isn't a single picture without the "V".

thank you for clearing this puzzle up for us. we've seen so many Asian people both young and old having photos taken with the "v" sign and didn't know why.
it's true every day is a school day :)

Hello.This article was extremely fascinating, especially because I was browsing for thoughts on this topic last week.

It's interesting to see the cultural differences in the V. In Korea, it is used to connote the perfect face shape (V) and make your face resemble that shape which is why it is held close to your face.

I hate the V sign. Being interested in photography and residing in Vietnam half the year, it is really, really annoying. It ruins every serious attempt at creating a portrait.

Asian people just like to have fun, that's the truth of it! I'd photograph an Asian any day. :-P

I agree, it's very annoying when they do it in every single photo. It's irritating.

Everyone's doing it now here in the Philippines. We all do it... kids, parents even grand parents. The points of the fingers making the V sign is put above and below the eyes. I'm sorry but not like you I can't say where the look came from. Maybe from the popularity of K-pop and J-pop? But it does look cute.

Funny how some see this gesture as ruining photos. While I can understand that to a certain extent on a professional level, I can't help feeling that there are a few who find it irritating purely through ignorance and an inability to look past their own tiny worlds and explore into other cultures. Makes me wonder why some people travel at all.

I think Asian people might even be flattered by a portrait that contained the V sign - did anyone consider that?