10 years in prison for sending an email. 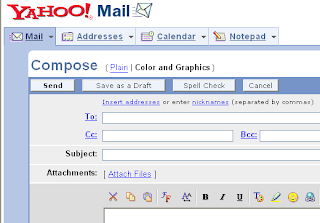 These days it's quite common to read articles about how modern China has become and the dramatic way the country has changed in recent years.

But every now and then, you read something that makes you realise how differently society is run over there compared to what we are used to either here or in Hong Kong, despite the huge economic strides China has taken. It can be quite a shock:

[Journalist and poet Shi Tao] is three years into a ten-year prison sentence, after being arrested in 2004 in connection with an email sent from his Yahoo! email account. This email, to a Chinese pro-democracy website based in the United States, contained an article revealing the Chinese government's instructions to Chinese journalists on how to spin the 15th anniversary of the Tiananmen Square crackdown.

Yahoo! gave his account information to the Chinese authorities, which helped them to identify Shi and led to his arrest on charges of "illegally providing state secrets to foreign entities".

It's not just the long prison sentence that's shocking (for something that seems to happen regularly in the UK media) but also the involvement of a high-tech, western corporation in helping to put this guy behind bars.

Furthermore, there are reports that Shi Tao's family is also being harassed and intimidated even though they had nothing to do with the original offence:

According to Amnesty, Shi has been doing forced labour in Chishan Prison even as the authorities are extending the punishment to his family. Shi's wife was questioned daily by Public Security Bureau officials and was persistently pressured by her work unit to divorce him, which she eventually did.

His brother and uncle have also been under surveillance and harassed at home and at work; and his mother, Gao Qinsheng, is closely monitored and harassed as she continues to petition for her son's release.

Gao is a brave woman: two months ago she accepted on his behalf from the World Association of Newspapers the award of the 2007 Golden Pen of Freedom. With tears in her eyes, she waved her fist at the Chinese state and raged against her son's shackles.

It raises an interesting question: What does more harm to the image of China? A forwarded email that confirms what most people might have guessed anyway, or imprisoning someone for 10 years (and allegedly harassing their relatives too) for sending that email?

You can read more in the original article in The New Statesman.

And the case of Shi Tao is profiled by Amnesty here.

Posted by burntbreadboy at 9:04 pm

this kind of thing really makes me sick.

big business that care for nothing more than to make money. i'm not in principle against capitalism, but to the extreme, where they are no longer just a service provider but informants to an oppressive regime, is just vomit inducing.

the human spirit dies a little more each day. and it's things like this that makes me doubt china ever becoming a true superpower.