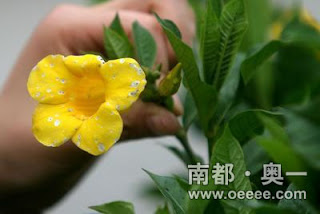 Part of Shenzhen had a graphic demonstration of the effects of man-made pollution last month. EastSouthWestNorth reports on the black rain showers that hit the region during August. The local government suspects ash and smog from local power stations is to blame.

If only all pollution resulted in such direct, immediate and visible consequences - then people might be more willing to do something about it!

Posted by burntbreadboy at 1:30 pm

Some would say it is the change that make life more interesting. Look at pigeon poo, How has that changed people attitude about birds?