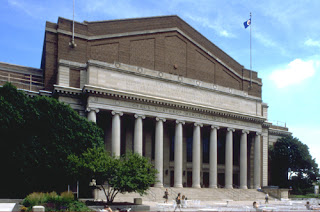 This article was quite an eye-opener when I read it...

Surprising as it may sound, the FBI is said to be investigating the relationship between Chinese consulates and the leaders of Chinese student associations at American universities.

To be clear, this report is talking about official, overseas Chinese student associations not ABACUS or bbc-style uni social groups.

It's reported by the Epoch Times (a newspaper that is distributed free in London's Chinatown) that local Chinese consulates (which serve under the Chinese Communist Party) not only appoint the leaders of these associations but also control some of their activities turning some into quasi-spying operations on U.S. soil.

They quote Xu Shuiliang, editor of the Chinese Net Digest and a democracy activist:

"Almost all CSSAs [Chinese student asssociations] are under the control of Chinese Consulates and become part of the CCP [Chinese Communist Party] special organizations. The CSSAs are not officially connected to the CCP but they work under the cover of social recreational activities.

According to Mr. Xu, not only American students, but also a lot of Chinese students, do not know about this. Of course, not all students in CSSAs are the CCP's members or special agents, but normally the leaders of CSSAs are appointed by the CCP.

This dates back to when the CCP was established, as it has always used underground groups such as union workers or students to achieve its goals."

The report says that the current FBI investigation has forced a number of students to return to China, presumably fearing that will be 'unmasked' as spies and arrested.

However, the students who are involved in these operations are usually not 'spies' in the sinister sense, but rather pawns in a game of espionage:

"According to Mr. Xu, many Chinese students don't really understand the system and laws in the United States and still live under the shadow of the CCP. They think the CCP can still provide protection for them in the United States, and they work for profit and out of fear.

These students may not even know what they do is illegal in America. They are also victims."

There are reports that some students disown their links to the student associations after graduating (removing their names from past member lists etc).

This second article is a more in-depth look at one particular student association in Minnesota and how it got caught up in the machinations of Chinese politics and the propaganda battle with the Falun Gong organization.

It does seem that the students in these cases face a dilemma: Do you disobey the Chinese consulate and risk intimidation or punishment of your relatives back home and harming your future prospects, or do you follow the consulate's orders (perhaps doing something you don't agree with), get in the party's good books but risk being 'outed' as a spy?

--
If it's standard practice amongst Chinese student associations in the U.S., does that mean the same thing happens here?

It's certainly strange to think that something that's seen as fun and non-political such a Chinese student association might be so closely linked to the Chinese Community Party!

Source 2: How the Chinese Consulate Took Control at the University of Minnesota

Posted by burntbreadboy at 11:01 am

American espionage in China is just as prevalent.

Chinese political officers illegally present on the Duke campus.... I'm a documentary film maker who has often worked in China (I speak Mandarin). There is an element that you may not be familiar with regarding Chinese students at campuses in the the US. At most colleges with a decent attendence of Chinese nationals, the Chinese government assigns a military person to attend the college who also has the job of spying on the other Chinese students. Most students know who this person is and are very careful. Other governments such as South Korea also have such a system. They mainly monitor the political activities of students. According to US law, all foreign agents must be registered and as is the case with most Chinese spys, they don't register. I would bet money that Grace Wang was a victim of such a report from a Chinese political officer. I consider this serious as it violates US law and constitutional freedoms to an extreme. These foreign agents should at least be expelled for not registering.

Does anyone have some good concrete evidence regarding what I'm stating? A writer at the New York Times has asked me for some evidence and I'm trying to find it.